Sal Pace and Associates bring a depth of experience,
knowledge and relationships to the table to help your
organization reach its goals.

Business Development with an Ethical Mission

As a boutique firm, Sal Pace and Associates carefully choose our client base to remain responsive to each client and their needs.
This allows us to select clients who want to do things the right way and grow while supporting their community. 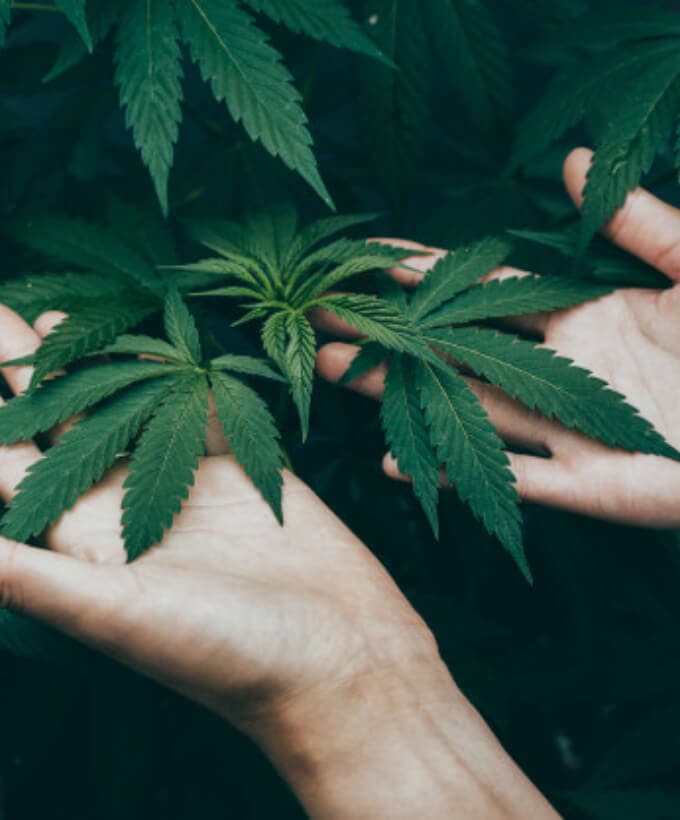 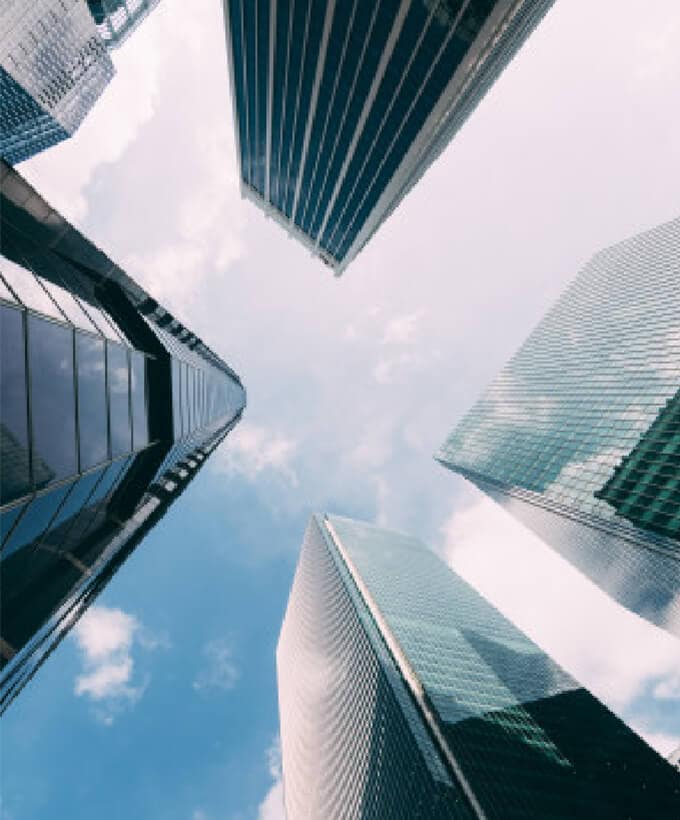 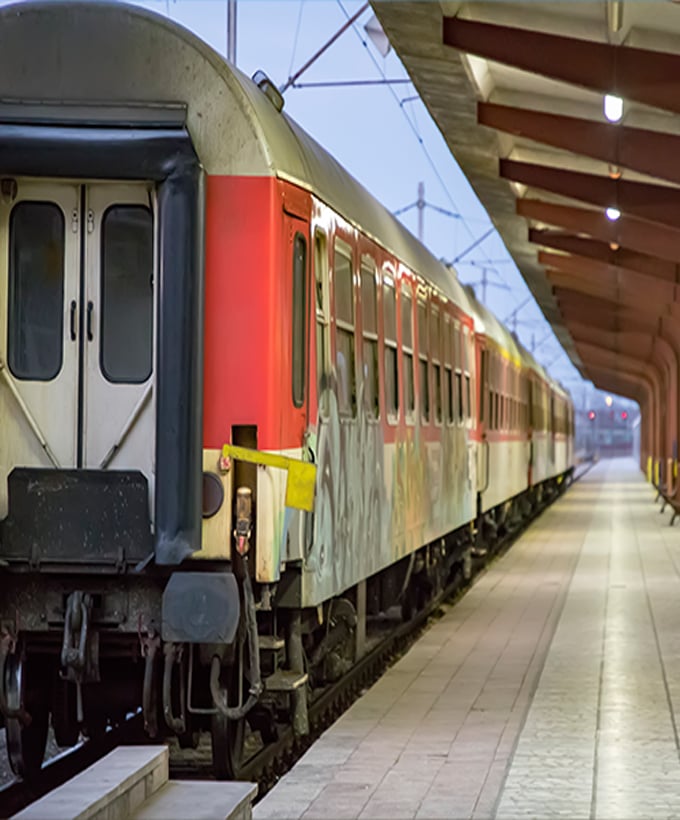 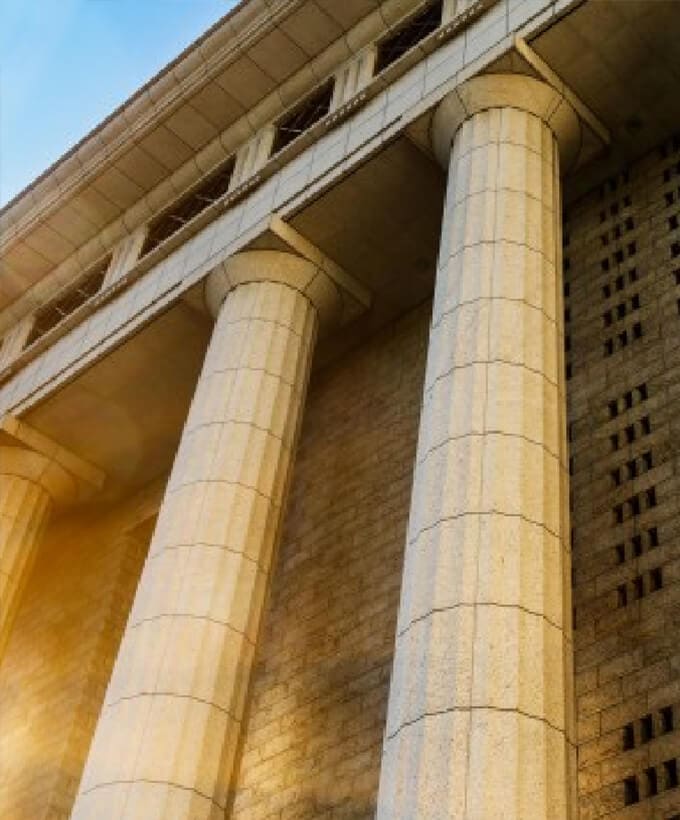 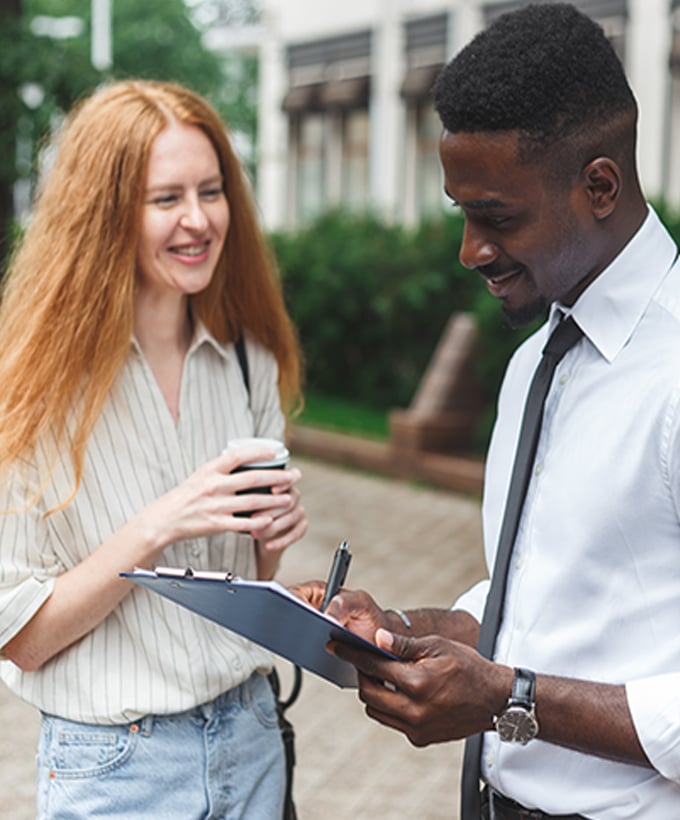 Sal Pace and Associates is well positioned to provide strategic advice and consultation to help your cannabis business flourish. We specialize in emerging markets, strategic partnerships and mergers and acquisitions. Sal has a unique vantage point to history, having written many of the first medical cannabis and adult use regulations in the world. He also is a national cannabis reform leader, serving as MPPs Board Chair as well on the US Cannabis Council, HeadCount’s Cannabis Voter Project and Colorado’s Institute of Cannabis Research Boards.

Sal Pace and Associates will guide your business through the highly regulated world of cannabis. It’s a fast moving regulatory regime, with state and local jurisdictions changing regulations and policies rapidly. We are uniquely positioned to understand this rapidly moving climate to best serve your company during your expansion. Furthermore, Sal has among the biggest reach and rolodexes in cannabis to assist your company with strategic partnerships as you expand. Finally, Sal Pace and Associates has no business stake in any plant touching cannabis company, meaning that your business needs are always the top concern.

The Sal Pace and Associates team has a depth of knowledge and experience working with Colorado businesses and nonprofit organizations to help them achieve their strategic objectives. With extensive and long term relationships with political, community and business leaders, we can advise your organization as you navigate Colorado’s regulatory and business climate. In recent years projects have ranged from solar development, real estate development, negotiations with Class 1 railroads, assisting getting a Veterans’ Center off the ground and even helping to conserve Fisher’s Peak (which is now one of Colorado’s newest and largest State Parks).

We understand the red tape that businesses and nonprofit organizations face; and our team knows how to navigate that regulatory environment to produce the desired outcome for your organization.

Sal Pace and Associates have extensive experience assisting companies with licensing, competitive applications and navigating regulations. If your organization is trying to navigate a highly regulated environment, reach out to us to see if there is a potential match.

Sal’s unique resume has allowed him to build a diverse set of experiences and business and political relationships to help your organization thrive. As the Colorado State House Minority Leader he drafted many of the first cannabis regulations in the world; and he continues to be a nationally recognized cannabis reform leader today. Sal also worked heavily on environmental issues in the State House, passing legislation to create the Fountain Creek Watershed District and to protect Pinon Canon. Sal championed criminal justice reform and worked to create permanent funding for transit and rail in Colorado. Sal helped lead a fight to raise nearly a quarter billion dollars to save Amtrak’s long distance service between Chicago and Los Angeles, which earned him the highest national recognition by Amtrak in 2016.

In 2012 Sal was elected Pueblo County Commissioner where he guided Pueblo into becoming The Napa Valley of Cannabis. He also established the Pueblo County marijuna-funded scholarship fund, which provides a college scholarship to every Pueblo high school graduate. Sal also helped establish the CSU-Pueblo Institute of Cannabis Research, which is the first cross disciplinary marijuna research institute in the nation at a degree-awarding university. Prior to serving in public office, Sal was a college instructor and worked as a Congressional staffer and campaign manager for Congressman John Salazar. Sal has a truly unique biography with experience at the Federal, state and local levels.

After leaving office, Sal served as a co-chair for Governor Polis’s transition team in Colorado. Sal is also an owner of a professional ultimate frisbee team, the Colorado Summit, beginning play in 2022; and he manufactured trademarked Grateful Dead ultimate discs, which he sold with his kids at Dead and Company concerts. When Sal isn’t serving as President of Sal Pace & Associates you will likely find him with his kids enjoying some ultimate frisbee, fishing, live music or engaging in a fun community event somewhere in the mountains.

Sal remains busy as a volunteer, serving as the national board chairman for the Marijuana Policy Project. He also serves on the boards of the Front Range Passenger Rail Commission, the Colorado Independent Venues Association, the US Cannabis Council, the Institute of Cannabis Research and HeadCount’s Cannabis Voter Project. 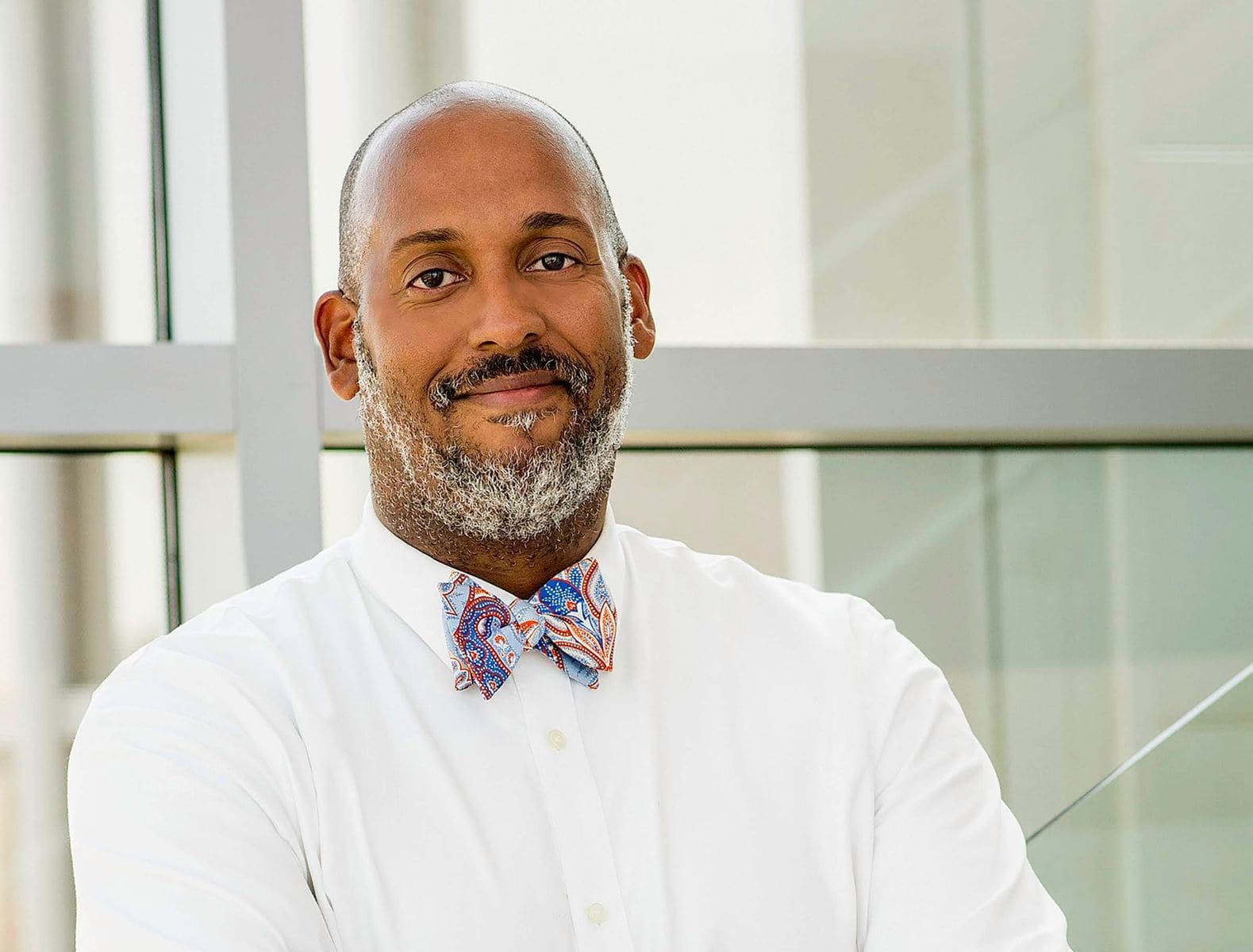 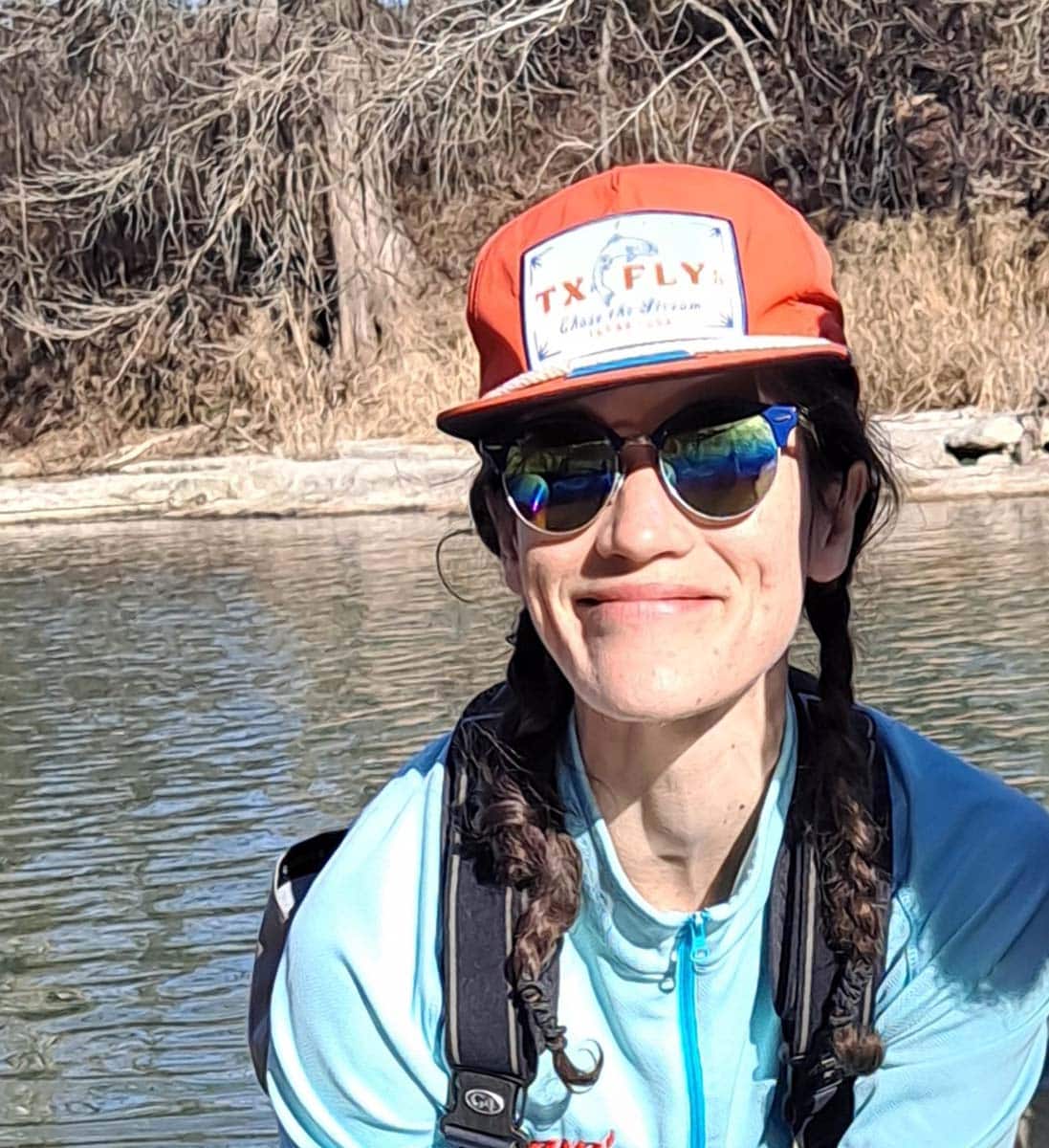 Tyler’s experience includes serving as Director of Government Affairs for Metropolitan State University of Denver and lobbying on behalf of the Colorado Department of Higher Education (CDHE) and Department of Regulatory Agencies (DORA).

At CDHE, he blended passion with lobbying by helping secure record levels of funding for post-secondary education and expanding access to education for all of Colorado’s students. At DORA, he gained valuable experience supporting businesses and helping navigate the ever-changing landscape of regulations and rules. In 2010, he served as Director of Constituent Services for Governor Hickenlooper.

In 2020, he served as political consultant for Senator John Hickenlooper and the Bloomberg 2020 campaign. In 2016, he served as State Political Director for Hillary Clinton in Colorado. He also worked on both the 2008 and 2012 campaigns for President Barack Obama.

He graduated from American University in Washington DC with a BA in Political Science.

Jennie Lyons has spent over 15 years in operations management. She manages the day to day operations of Mr. Pace’s consulting services – focusing on client relations & project management. In addition to her work with Sal Pace & Associates, she runs a pollinator forward plant nursery.

Amanda has enjoyed navigating the complexities of legalization for almost a decade. Bringing together her background in Business Development and Project Management for startups in the tech space, she now enjoys guiding entrepreneurs and others as they bring to fruition thriving and inclusive cannabis communities throughout the nation. When she’s not wearing her PM hat, you’ll often find her cleaning up a river or enjoying a mutual aid event with my community.

Sal Pace is an extraordinary person whose energy and passion for people allowed so much of our progress in Trinidad to become a reality. For instance, he was instrumental towards turning Fishers Peak into Colorado’s newest (and second largest!) State Park. Sal Pace has been a friend of mine for the last 15 years that began with Mt. Carmel Wellness and Community Center in Trinidad. Our relationship began when we were building the facility and throughout the years we have enjoyed a mutually beneficial relationship. If you are fortunate enough to have Sal represent you or your organization, I am quite sure he will serve you well.

“Sal Pace and Associates have been an integral part of gowing the Mt. Carmel Veterans Service Center since our infancy. We now serve thousands of veterans, with a dedicated staff, interns, and volunteers in a modern 17, 000 ft building. Sal and his team have played a critical role in our growth; assisting forge meaningful public and private partnerships with community, business and political leadership. He has provided strategic advice with an eye towards best practices in the veteran service community.”

“Having Sal Pace and Associates on your team is a game-changer. Sal delivers unquestionable value and outcomes most would not dream about. Sal’s knowledge of people, government and process is among the best I’ve ever seen, and he’s proven to me time and again that I need him on our team. Winning is not always an option, but if you want a fighting chance, start with Sal.”

You can find out more about which cookies we are using or switch them off in settings.

This website uses cookies so that we can provide you with the best user experience possible. Cookie information is stored in your browser and performs functions such as recognising you when you return to our website and helping our team to understand which sections of the website you find most interesting and useful.

Strictly Necessary Cookie should be enabled at all times so that we can save your preferences for cookie settings.

If you disable this cookie, we will not be able to save your preferences. This means that every time you visit this website you will need to enable or disable cookies again.